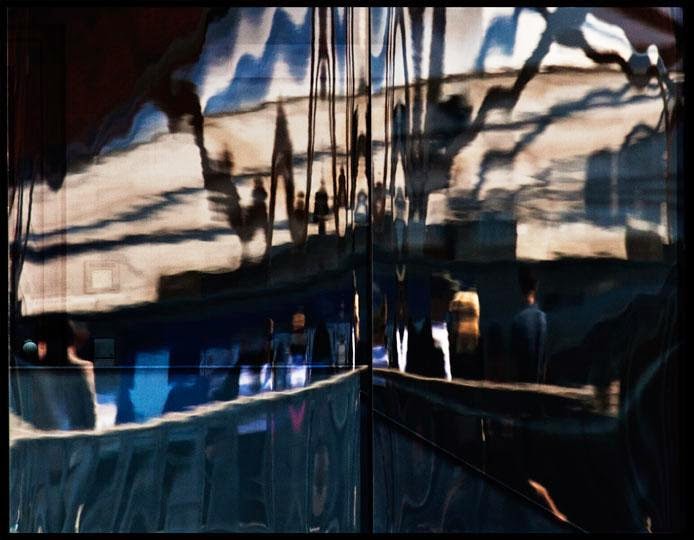 In All Quants Need Informative Data, I pointed out what some physics problems and economics problems have in common: they have only uninformative data (and need to transform the few data they get into model parameters - by constant recalibration).

This is a blog post of the economist Chris House: Why Are Physicists Drawn to Economics.

And this are the replies from Mark Buchanan: Arrogant physicists - do they think economy is easy? and Noah Smith: Coming into econ from physics (and other fields).

I think, all agree that the problem is "complexity" (in my understanding, a system is complex if it contains at least one subsystem of co-evolution).

But it seems economists over estimate the difference between physics and economics intuition - system behavior versus human behavior - and the physicist's emphasis on lab experiments (the data problem).

Brian Arthur's complexity economics as a different frame work for economic thought seems to be motivated by physics intuition (simplified: positive feed back structures drive emergent systems; market dominance drives market dominance, innovation drives innovation, ...).  In this framework equilibrium (neoclassical) economics is a special case of complexity economics (not the other way around). This is the article.

In quant finance: up to 1987 when all option traders played the simple Black Scholes game (constant volatility) everything worked well - the headache began with the introduction of the far out of the money options and the exploration of the volatility smile … now models have adapted, but there is still the problem of uninformative data.

And this is, IMO, the kind of meso-layer (remember the discussion about material behavior) between the micro layer of concrete economic transformations and the macro layer of the development of a complete economy. Understand the influence of game rules and derivative economic objects.

You can't predict future but build it.

Still a lot to do for quants: take models from good to great and solve them adequately, extract informative data, calibrate, recalibrate (or even co-calibrate) … all blazing fast.

Picture from sehfelder
Posted by Herbert Exner at Tuesday, April 08, 2014